La La How The Life Goes On

(song: Obladi Oblada/artist: The Beatles)
July 21, 2011
Ooo wee, it is hot in New York City y'all! I mean, it smells like pee and rotting garbage from Coney Island to the Bronx. And what's with the hipster's refusal to wear deodorant?! You ride a bike everywhere, you STINK! Thank goodness my son has a super fun summer camp to go to every day, because his mama has a strict "no leaving the house till the sun goes down" rule in this weather.  We are getting the hell out of this and heading to mom-in-law's Long Island home tomorrow. They shut the city down for snow. Why not heat!? But I digress... 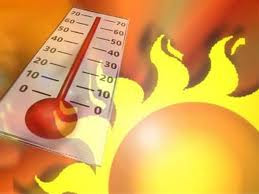 So here I am, six weeks out of fitness rehab and I'm happy to report, that I'm doing alright. More than alright really. I'm living life as a healthy person, but also enjoying my life.
I exercise 6 days a week and I'm eating several small meals a day, and not snacking. Here's an example of my average daily menu:
6:30 AM - Shakeology (meal replacement shake) - this is a wonderful product from Beachbody.com that is packed with vitamins and fills me up before my morning workout
9:00 AM - Egg white omelet with spinach and fat-free feta on whole grain/low-carb tortilla
11:30 AM - Pear with 1 tablespoon of almond butter
1:00 PM - Turkey burger (no bun) with sauteed onions, mustard and tomato
3:30 PM - Hummus with red peppers and broccoli (for dipping)
6:00 PM - Grilled chicken breast and a spinach salad with fat-free feta, tomatoes, olives and olive oil.
I drink at least 2 liters of water a day and exercise for a minimum of one hour a day.
Since I'm no longer beholden to the Butt Master, I am mixing things up to keep my workouts from getting boring. One of my mom pals turned me onto a great boot camp class at a new fitness joint in my hood called Pura Vida Urban. The trainer/owner Morgan kicked our booties for a solid 45-minutes and I loved trying something new. I'm still doing the Brazil Butt Lift DVDs as I've got more work to do on my thighs and glutes, but I'm exploring other workouts and running more.
My workout schedule for this week is:
Monday - One-hour DVD + 20 minute ab workout in the evening (usually done while my son is in the tub)
Tuesday - 3.25 mile run in Prospect Park, leg-lifts with 10lb ankle weights + 20 minute ab workout in the evening
Wednesday - One hour DVD + 20 minute ab workout in the evening
Thursday -  3.25 mile run in Prospect Park, leg-lifts with 10lb ankle weights + 20 minute ab workout in the evening
Friday - One hour DVD + 20 minute ab workout
Saturday - 3-mile run with hubby (to the beach!)
Now, don't let my dedication give you the impression that I'm not prone to slip-ups. Last Saturday I went out to dinner with my husband and ate a whole mess of food that I washed down with some sugary cocktails. And that was BEFORE we went to a party with more food and booze. I only had one beer at the party, but after the two large and really strong cocktails I had before, I only needed one beer to make me feel super boozy. Then I proceeded to shovel pulled pork, BBQ ribs and cookies into my mouth like I was a contestant in an eating contest. AND, I got a to-go bag of cookies, three of which I ate in the taxi cab on the way home. AND, I ate another cookie AFTER I brushed my teeth, while  I was lying in bed. Woke up with crumbs on my face and in my hair. I guess I was boozier than I thought... 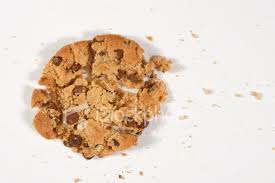 But this is real life. And I am a real person. And I had a great time with my husband after many weeks of living in a unrealistic bubble of fitness discipline. I'm finding a balance between that world and the REAL world, and I'm very aware of the consequences of repeated over-indulging. But I'm not afraid of losing my grip on the amazing changes I've made in my life. One night isn't going to make me a size 16 again. This body is here to stay!

Time for me to pick up my little camper. Y'all stay cool...