Open Up Your Mouth and Feed It.


I'm a pig. A disgusting, gluttonous hog. Allow me to 'splain...
Saturday started great. I ran a 10K, then spent a lovely day with my son, husband and mother-in-law at Brooklyn Bridge Park. After the park, we stopped by my brother-in-law's for the tail-end of their post-race brunch. I shoved half a bagel with cream cheese, three pieces of buttery crumb cake, one alcoholic cider and two beers down my greedy gullet. My brother-in-law gave a bag of muffins, bagels and croissants to my mom-in-law, which I told her she shouldn't take, but she did anyway because she hates waste and it's a generational thing and I understand that but it's crappy food that's bad for you but she knows that and she's an adult so I let it go. Remember this piece of info; You'll need it later.
Saturday night, I got all dolled up for a night of kidless fun with my hubby. Check out my new dress and shoes:
We had a couple of cocktails at a local bar, then went to a 40th birthday party for one of our fellow parents. (Whose wife just happens to be the author of Persian Bites. Check it out!) I feasted on wonderful Persian fare and drank like I had no responsibility. The night - or rather morning - ended at about 1:30AM. 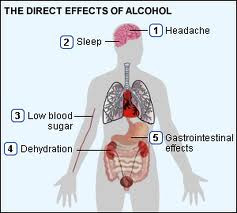 Sunday was brutal. Kiddie soccer at 9AM meant no rest for this bloated mom. After soccer, I had eggs Benedict for brunch. Instead of lean Canadian bacon, it was served with uber-fatty mortadella. Delicious but artery-clogging. For dinner, hubby and I ordered up a mess of ribs, wings and macaroni & cheese from our favorite BBQ place, The Smoke Joint. I went to bed exhausted and stuffed.
Monday, there was no way in hell was going to exercise. I pretty much decided that when I went to bed Sunday night. I schlepped my kid to school, then came right home where I spent most of the day on my couch watching crap TV...and eating junk. I started with my son's leftover French toast. But that wasn't enough, so I made two more slices for myself. Then I had an ice cream sandwich. Then I hit the cheddar goldfish and the dried fruit. I took a break to pick up my son and managed to behave myself until dinner, when I ate ravioli covered in oil, salt and Parmesan cheese. Then my son went to bed, and since my husband wasn't coming home until late, I was all alone with my munchies and my faltering will-power. The stage was set for a an all-out pig fest. Because when no one's watching, I'm not accountable right? I wish...
I started with a couple of cheese sticks, a spoonful of almond butter, a handful of grapes, a fruit leather thing, some Pirate's Booty and another ice cream sandwich. Since I don't stock crappy snacks, I wasn't getting the fix I "needed". But then I remembered my secret stash. My mother-in-law brought a pre-Halloween bag of candy to my son. What 4-year-old doesn't need a bag of sugar before he goes trick-or-treating and collects a bag of sugar? C'mon Gram, you know better.  Luckily, he was distracted by the toy train she also brought, so I was able to move the candy bag to an undisclosed location without his knowledge. I perused the bag and decided the blueberry Jelly Bellys would be my first treat. They went down nice and easy. I LOVE jelly beans! Then I finished the mini M&Ms. I opened another bag of pea and carrot shaped Jelly Bellys and ate a handful. I still wasn't satisfied, so I went into my freezer and cracked open the bag of leftover baked goods that my brother-in-law gave to my mom-in-law. I heated a blueberry muffin, cut it in half and sat down for a muffin treat. I felt so gross. Eating that half muffin on top of all the sugary candy I had just eaten, made me feel sick.  And generally disgusted with myself. What the hell was I thinking?!
I went to the kitchen and dumped the baked goods into the garbage can. I made sure to take them out of the plastic bag so that I wouldn't be tempted to pull a George Costanza and eat them out of the garbage can. Bye bye bagel, so long muffins, sorry croissant, it just wasn't meant to be. You're all delicious, but there's no room for you in my life or on my ass. Then it was time to say goodbye to the candy. I opened and emptied it all into the trash can. My son won't miss it. I don't need the temptation. Halloween is just 5 days away and I'm really going to have to test my self-control then. I just hope no one's handing out Milky Ways... 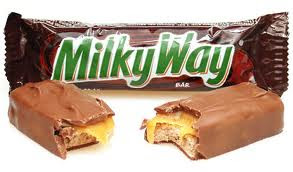 This isn't the first time I've faltered. It probably won't be the last, given that I'm human. The important thing is that on Tuesday, I returned to my regularly scheduled programming of clean eating and exercising. I gave in to temptation and weakness, but I won't use that as excuse to screw up my whole week. You mess up, you move on and keep looking ahead, not back. If you have crap food in your house that you're saving "for the kids" or some other bullshit excuse, do yourself (and your kids) a favor and get rid of it. If you shouldn't eat it, neither should your kids.